Founded in 1889, Barnard College is a private women’s liberal arts college in the United States and one of the Seven Sisters. Located in the Morningside Heights section of New York City, Barnard offers undergraduate study for over 2400 women. It has been affiliated with Columbia University since 1900.

Slightly over five years ago, the College set a goal to improve its Information Technology infrastructure. An aspect of this improvement included an optimization of the College’s ERP, which initiated the implementation of SharePoint as its campus intranet. The constituencies supported by the campus portal include students, faculty, staff and trustees. 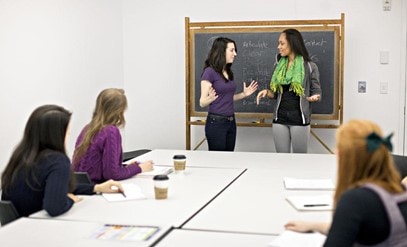 The Barnard portal team was challenged with creating a custom solution that can handle drill-down (cascading) dropdown controls, crossing multiple SharePoint lists within the same site collection, and also record changes back to the parent list, as an event receiver would do. With a multitude of active projects and limited resources on site, engaging Barnard’s internal team in custom development was not an option. “We researched third-party products and, after a thorough evaluation, we selected the Cascading Lookup Plus solution created by KWizCom and purchased the add-on in August 2014”, said Carol Katzman, Barnard’s Vice President for Information Technology. At the time Barnard purchased KWizCom’s Cascading Lookup Plus SharePoint webpart, the College had just launched the new intranet on a SharePoint platform. The entire development team was heavily concentrated on migrating legacy applications onto the new SharePoint portal, therefore limited resources were left for additional custom development.

Barnard team installed the trial license of KWizCom’s Cascading Lookup. During the trial period Barnard’s development team partnered with KWizCom support team, and, while Barnard’s continuous feedback helped the college in getting a product that meets their needs, it also benefit the KWizCom group by creating more enhanced product for their clients that included additional functionalities.

Out of the box, SharePoint allows creating events in calendar lists. However, it doesn’t allow creating sub-events, such as sessions within the same event, and have their own attendance independent of the main event. “We needed to create a custom SharePoint calendar with additional custom fields and cascade them into sub-events. (Like topics in an agenda, where users can attend only specific topics, not the entire event). KWizCom’s Cascading
Lookup add-on was able to accomplish this with a minimal effort for Barnard team, who concentrated on customizing the data structure supporting the KWizCom’s web part”, concludes Katzman.

The Benefits of Using Cascading Lookup for SharePoint 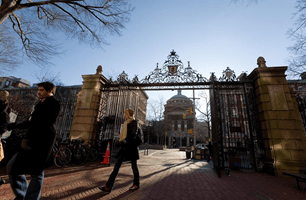 According to Barnard College, one of the justifying reasons for selecting the KWizCom product was the company’s level of customer support. KWizCom’s focused engagement helped Barnard meet its objectives. KWizCom’s web part is a reusable component that can be applied anywhere throughout the farm and it can be adjusted to meet specific business needs on various functional areas of Barnard’s intranet (team sites, constituency and informational sites, or main publishing sites).

Further, the Barnard team explained that KWizCom’s Cascading Lookup Plus transformed a paper-based process into an electronic one that permits the college members to select specific topics within the calendar agenda, and mark their attendance to specific sessions. The solution is intuitive to use, easy to access, and it centralizes data and features reporting for administrative staff. It includes security and data validation, which was not an option previously when using paper-based processes.

Since its founding in 1889, Barnard has been a distinguished leader in higher education, offering a rigorous liberal arts foundation to young women whose curiosity, drive, and exuberance set them apart. Barnard provides the best of all worlds: small, intimate classes in a collaborative liberal arts setting dedicated to the advancement of women with the vast resources of Columbia University just steps away—in the heart of vibrant
and electric New York City.

Throughout its history, Barnard graduates have made their mark as leaders in the arts, business, government, and science, and as activists for causes too numerous to name. Barnard women change the world and the way we think about it.