Wisag IT Helpdesk system, empowered by KWizCom Forms to provide custom-tailored, dynamic forms within SharePoint (No need to learn nor deploy any external proprietary forms tool!).

The German company Wisag needed a help-desk solution. They implemented KWizCom Forms and gained dynamic field level security. KWizCom’s Product Group Manager Nimrod Geva, says: “KWizCom Forms is innovative in the capabilities it brings to SharePoint and is designed to enable customers to create custom designed forms to suite their specific needs, without having to learn and deploy any custom, proprietary Forms tool. We are glad that Wisag is benefiting so much from our forms solution.”

Wisag is a company headquartered in Frankfurt. Wisag is one of Germany’s top one-stop solution providers for facility management with over 40 years of experience. The Wisag service portfolio encompasses everything from cleaning and security to electrical engineering and building maintenance. Due to this broad portfolio it is essential for Wisag to be close to their customers in order to ensure short response timeframes. Wisag has many offices scattered around Germany. Each office differs in the number of employees. Some consist of between four and ten employees, others have more than 100.

Small offices, distant from each other but working on the same projects brought forth the need to create a collaborative workspace. Wisag found Microsoft SharePoint an effective solution. After implementing SharePoint employees could easily work together, with shared information, despite being located in distant, separate offices.

SharePoint does not provide a sophisticated Help Desk solution. Wisag needed a solution with more advanced capabilities than those inherent in SharePoint – in particular, the ability to define permissions and field level constraints. 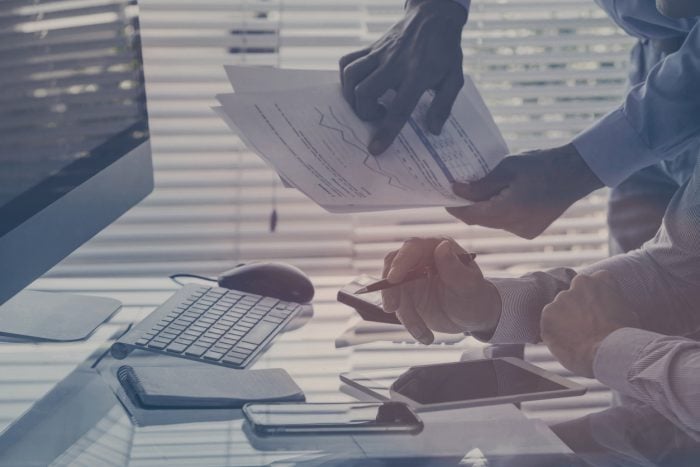 At first, after reviewing various solutions, Wisag selected Microsoft’s application template. However soon Wisag management came to understand that extensive changes and customization were needed to adapt the Microsoft solution to Wisag goals – particularly in terms of information security and specifically in regard to group-based new/edit/view forms.

The Help Desk scenario dictates that a large amount of information is gathered, parts of which need to be seen by certain employees and not others. This necessitates field level security within the Help Desk forms. The Microsoft Solution does not provide this capability, but KWizCom Forms does.

Wisag chose to implement KWizCom Forms for a variety of reasons.

A major benefit of KWizCom’s solution is that it is an add-on to the SharePoint in which Wisag had already invested a large amount of resources. No need to start from scratch, invest additional large amounts or create a custom solution. Adding one, user friendly application to the SharePoint foundation already running in the company solved Wisag’s Help Desk problem.

Wisag IT SharePoint Manager Christian Buchholz reports: “We tested KWizCom Forms and were surprised how easy the rules are configured and how nicely the add-on worked in our farm”.

KWizCom Forms enabled Wisag IT to configure dynamic field permissions for their Help Desk forms, giving them the field level security they were lacking, ensuring that information is revealed to employees in a secure, “need-to-know“ manner. KWizCom’s “pocket friendly” web component enabled Wisag to cut the costs of what would have been expensive custom development (or of buying a separate forms server). There was no need for special implementation or training before Wisag could use the product. KWizCom products are user friendly, easy to deploy and once configured. – the List Forms Extension Feature grants Wisag worry-free workflow – no need to focus on what information is revealed/not revealed in the Help Desk forms.

Wisag IT SharePoint Manager Chrisitian Buchholz summarizes: “Today our users, supporters and admins have their custom tailored views on the 10,000+ tickets currently in the system and security issues are a thing of the past. KWizCom’s solution has greatly improved our abilities to store and present data in SharePoint to the target audience.”