Continental Airlines’ Steve Stewart is a Senior Information Technology Specialist, on the team responsible for development of the airline’s SharePoint environment, which supports 4,000 users at the company’s headquarters in Houston, Texas, and 140 airports worldwide. Steve took advantage of KWizCom’s free trials, and test-drove the SharePoint Wiki Plus, Cascading Look-Ups and List Form Extensions. He found that these delivered the functionality Continental Airlines was looking for to augment its SharePoint out-of-the-box: “We installed the KWizCom WikiPlus to enable better collaboration, especially with regard to the delivery of training materials. We liked how Wiki Plus provided a more robust interface especially when it came to inserting graphics and screen shots. Our end-user knowledgebase is supported by subject matter experts who need to provide documentation and support for technical and non-technical users. Since there are many synergies among the different technologies, Wiki Plus allows Continental to save time and money by reducing duplicate work and allowing authors to easily link to previously-developed documentation. For users across the company, including those in the System Operation Coordination Center (SOCC), the Cascading Look-Ups and the List Form Extensions features are tremendously valuable, saving time and development dollars, and making the SharePoint experience more
user-friendly and intuitive.” 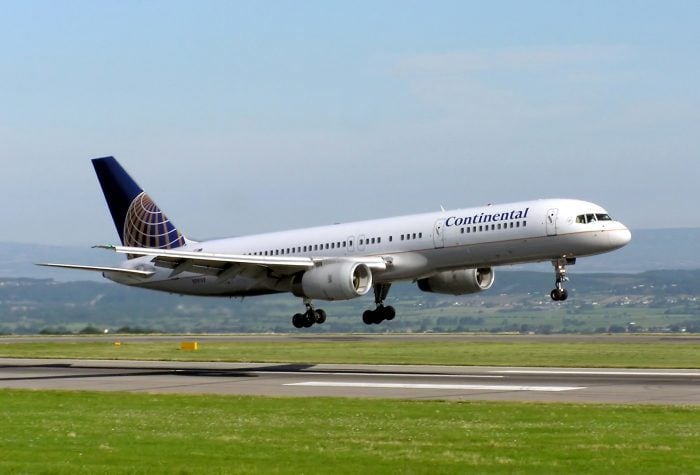 Continental Airlines is the world’s fifth largest airline. Continental, together with Continental Express and Continental Connection, has more than 2,750 daily departures throughout the Americas, Europe and Asia, serving 133 domestic and 132 international destinations. More than 750 additional points are served through its alliance partners. With more than 43,000 employees, Continental has hubs serving New York, Houston, Cleveland and Guam, and together with its regional partners, carries approximately 67 million passengers per year.

Continental Airlines had several challenges that Steve was tasked with solving. First, several user groups had a desire to use the SharePoint wiki to track knowledgebase information, but found it tedious to attach screen shots to the out-of-the-box SharePoint wiki. Moreover, users found it difficult to create and maintain their own pages in the company wiki. Continental needed a logical taxonomy of dropdown menus to help users easily locate documentation in Enterprise Engineering standards library. Before implementation of the cascading lookup column, users found it difficult to locate desired documentation because they had to guess what keywords might be associated with a particular document. They needed to enhance the out-of-the-box experience by providing users with a structure similar to a brick and mortar library. And lastly, but certainly not the least of Continental Airlines challenges was the many requests for the development of InfoPath forms. Steve and his team found that many site owners could easily create the forms they needed using the out-of-the-box list form enhanced with List Form Extension. While most site owners do not have the skill set to create robust InfoPath forms, they can, with minimal guidance, create suitable forms using List Form Extension. This saves the SharePoint team time and the company, development dollars.

Steve and his small team faced some problems on multiple levels, mostly around limitations of SharePoint out-of-the-box to meet company requirements, starting with the Wiki functionality that could not meet the demand.

“We needed to be able to use the wiki mark-up language,” commented Steve, “and more importantly, our users indicated that it was less than a straightforward process to add the necessary screenshots that are integral to technical documentation.”

Continental Airlines also manages large document reference libraries the company—a challenge with MOSS out-of-the-box. Users needed to be able to browse these libraries more effectively. Keyword searches were not providing a comprehensive view of related documents. Steve and his team also needed to create quick, on-the-fly forms while minimizing the development resources required to publish these. On average, once Steve’s team had clear requirements, it would take about a person-day to build, test and publish an average form. With such a large user group, this was applying a significant demand relative to the SharePoint development resources.

Steve initially found KWizCom as the result of an Internet search, and was attracted by the fact that he could download and try the components he needed, free of charge and anonymously, for 30 days. He tried other products, but he ended up choosing KWizCom because, as he puts it. “the products work like they are supposed to”. By employing KWizCom’s WikiPlus, Continental SharePoint users are now able to quickly and easily add the screen shots that make the authoring of training documentation more efficient. Steve says users now have a more straightforward process to create, update and maintain their own Wiki pages. KWizCom’s Cascading Look-Up, combined with a graphic interface developed in Visio, allows users to intuitively browse and sort documents in the Standards library, and authors are able to easily categorize their work using the cascading dropdowns. Using KWizCom’s Form tool, Steve ‘s team has created a SharePoint trouble ticket that has two tabs. In this tabbed view, the first tab is for user to open the trouble ticket, and the second tab is for the administrator to manage the solution assignments. With List Form Extensions, the second tab is not visible to users, but both tabs are visible to the administrators, who can arrange properties and hide views as required.

Currently, the KWizCom tools are rolled out and functioning in several Continental Airlines departments, including the development and technology
groups, the marketing group, and systems operations.

“All the products have provided significant benefits, and we are especially impressed by the List Form Extensions. It really does wonders in
terms of empowering site owners to safely create their own forms,” remarks Steve, adding that “70-80% of the time, users are able (without
InfoPath) to create their own forms in a quarter of that time it would take us to get their requirements, test and publish for them.” “The bottom line is that these tools provide time savings to our SharePoint development group which equals dollars saved for Continental,” says Steve. “We have more time to focus on the big picture – and that is truly value added.” “We would definitely turn to KWizCom in the future as our needs evolve. We are confident as we move toward SharePoint 2010 that KWizCom will move with us throughout the upgrade process.”