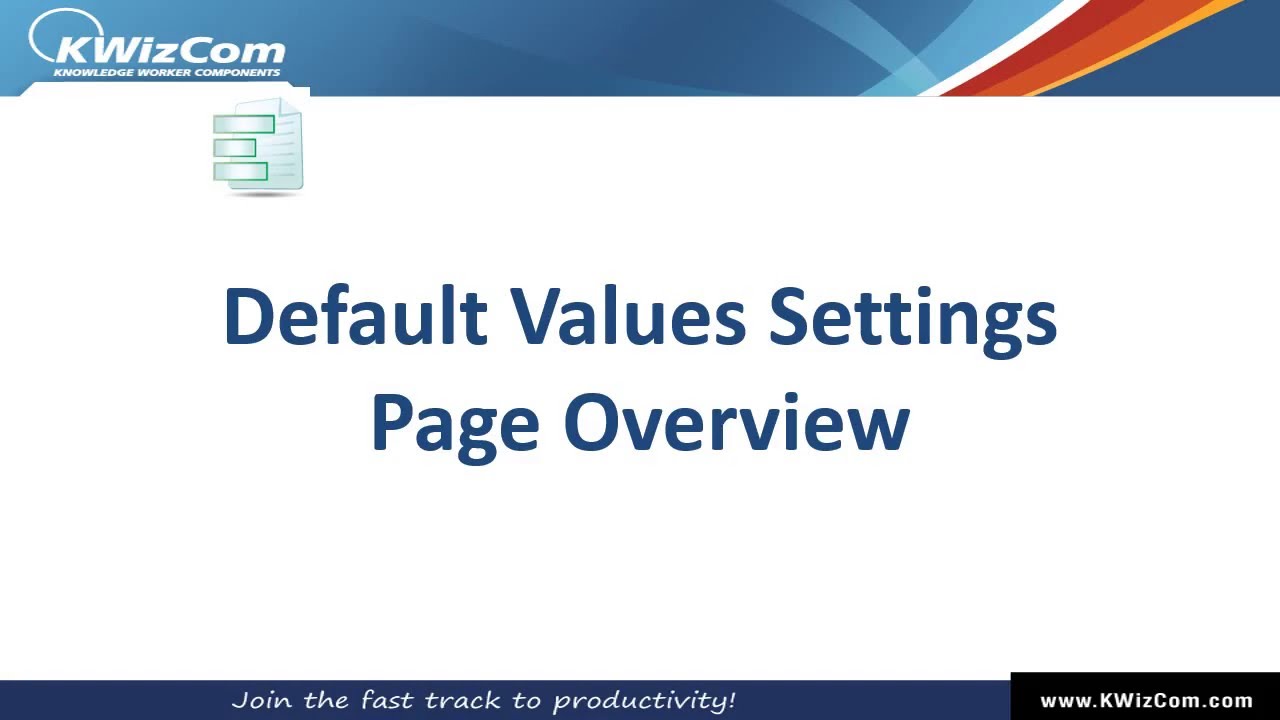 Bridging over this SharePoint gap, the KWizCom Default Values web part allows you to easily configure default values for all column types, and by enabling you to target different default values to different audiences.

There are column types for which SharePoint doesn’t allow you to configure default values. Examples for such column types are Multiple lines of text, Person and Lookup columns.

With the Form Default Values Feature, you can easily configure default values for these non-supported columns, like any other SharePoint column.

Use dynamic tokens and reference the values of other columns

Is there a single SharePoint user who didn’t face the unpleasant experience when uploading a document and then having to manually copy its name to the Title field?

With the Form Default Values feature you can easily configure default values based on values of other columns, and also use dynamic tokens such as [Me] and [Today].

Sometimes depending on your forms logic you need different users, filling out the same form, to have different default values in some of the form fields. For example, when an end-user fills out a new Support Ticket form, the “Reported By” field should have by default the value of the current user. However, when a Helpdesk engineer fills out the same form he probably does it on behalf of some end-user, so he would require this field to be empty by default.

With the Form Default Values feature you can define Dynamic default values, which are different for different users.

We all got used to working with SharePoint lists and document libraries. It is only natural to expect these list forms (New, Edit, View) to include all required web form features, instead of making us buy and learn a separate Forms technology such as InfoPath or any other Forms servers.

The Form Default Values Feature is part of KWizCom Forms, which allows SharePoint customers to keep using the out-of-the-box list forms by turning them into powerful & dynamic web forms. This way there’s no new technology to learn and deploy, simply keep using the same SharePoint list forms that now can include all the missing web form features.

Form Default Values is part of the KWizCom Forms solution. To download and install the product please follow these steps:

* Development license, same as the annual support service, needs to be renewed every year otherwise it will expire.